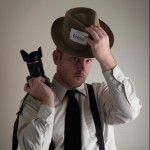 The Mesquite Metro Flying Club (MMFC) has complete purchase of its first club aircraft, a 1963 Mooney M20C Mark 21! This beautiful aircraft was purchased Friday March 17, 2017, concluding MMFC’s long 8 month search for a suitable aircraft. Our Mooney, registered as N6867U, has been ferried back to Mesquite Metro Airport (KHQZ) by a club member and a veteran American Airlines captain, and currently resides safe and sound at the Mesquite Metro Airport.

The aircraft features a Lycoming O-360 180 horsepower engine with just over 800 hours since factory overhaul. It is fully IFR certified with a Garmin GTN 750 NAV\COM\GPS mounted center panel. The aircraft is also equipped with an STEC-20 autopilot, an EDM 700 digital engine monitor, and a digital tachometer. She cruises at a zippy 145 KIAS while sipping a meager 9.5 gallons per hour. The aircraft was owned for 10 years by the previous owner, based out of a community just north of Phoenix, Arizona.

The club continues its work in finalizing operating rules and determining hourly rates required to operate the aircraft, as well as a continued search for a permenant hangar at Mesquite Metro Airport.